More than 5,600 Ukrainians have already started working under an employment contract

This is the highest percentage of integrated refugees that Bulgaria has achieved in its recent history.

Since the beginning of the war, more than 330,000 Ukrainians have entered Bulgaria. At the height of the crisis, more than 115,000 people were accommodated in the country, and to date about 78,000 are still living in Bulgaria. About half of them are housed in state bases and hotels under the new humanitarian program.

More than 5,600 Ukrainian citizens are employed under temporary protection in Bulgaria, which represents more than 15% of the working population of those fleeing the war in Ukraine. This number of more than 5,600 people does not include those employed on civil contracts and those on probation, and yet this is the highest percentage of integrated refugees the state has managed to achieve in its recent history, and only within 3 months.

Employees are distributed in almost all districts of the country, in 20 sectors of the economy in 9 different professional fields.

The work sectors are expanding in the following directions: from hotels and restaurants, administrative and ancillary activities to construction and professional activities and research and IT. At the beginning of the crisis, the IT sector said it needed about 30,000 staff and the textile industry could take in about 20,000. Ukrainians have already been recruited in various industries as managers, specialists, technicians, support and administrative staff, and people. with professions that do not require special qualifications.

Additional employment measures
On June 6, the Employment Agency launched a program to help Ukrainian refugees with temporary protection in our country. BGN 356 for 3 months will be provided for rents and overheads to Ukrainian citizens who have started working in Bulgaria. In addition, the state will provide employers employing refugees with a minimum wage and insurance for the same period. The money is provided by the EU under the Solidarity project, funded by the Operational Program “Human Resources Development” 2014-2020.

During the period of subsidized employment, employers will receive funds for remuneration of employed Ukrainians in the amount of the minimum wage (BGN 710.00) and due insurance at the expense of employers, as well as incentives covering the costs of all due contributions at the expense of the employer, according to the requirements of the Labor Code and the Social Security Code. 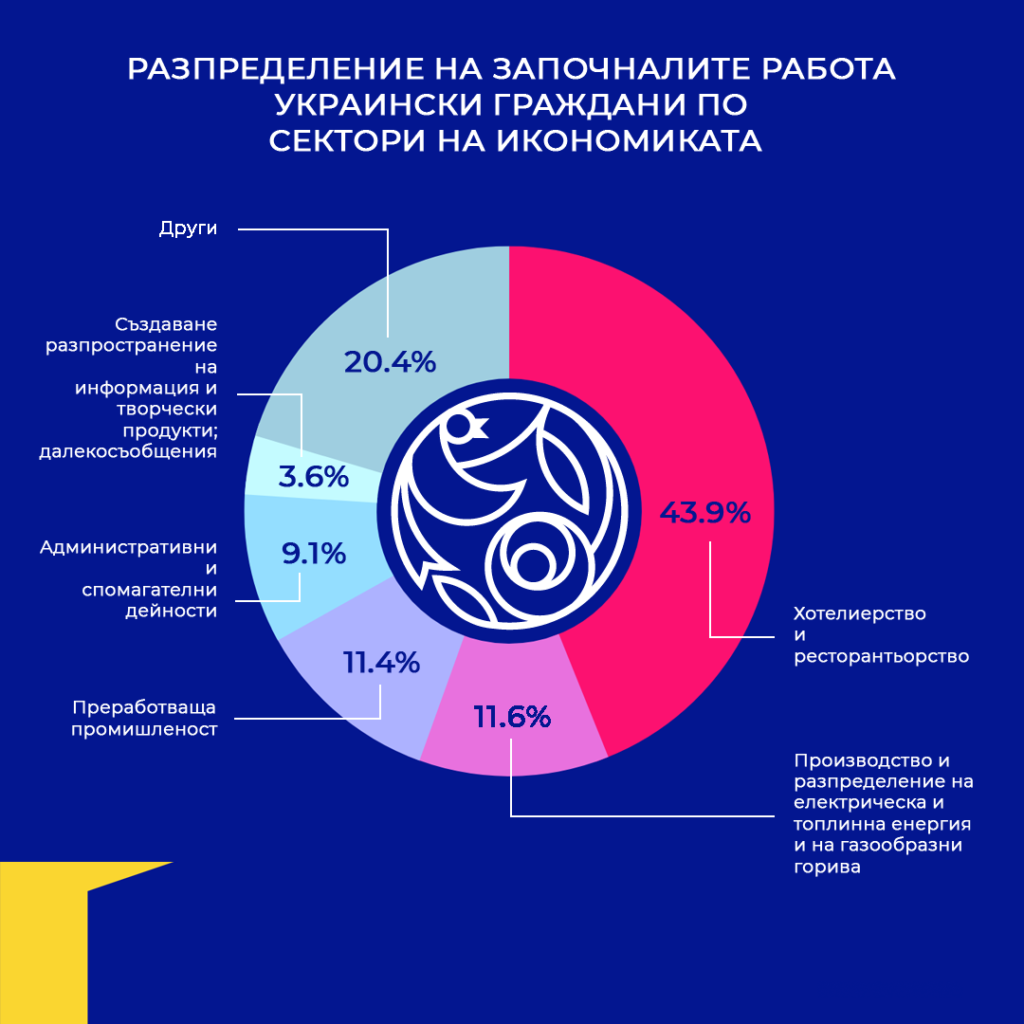